In my recent post I wrote about how to build and run unit tests on Android project from command line. These were first steps to setup Continuous Integration for your project, and now I’ll show you how to automate a build with Jenkins.

First of all, you’ll need Jenkins CI server installed on your build server (in BlackRiver, we are using Windows Server virtual box for Jenkins main server).

Since we are going to build Android project on CI server, we’ll need Android SDK (don’t forget to install appropriate SDK version using SDK Manager!)  and  Android Emulator Plugin for Jenkins. Also, you’ll probably need to integrate Jenkins with your version control system, we are using a Git Plugin for that.

Go to Jenkins system configuration screen: Manage Jenkins -> Configure System and set all required paths and variables (e.g. path to git, path to Android SDK, path to ANT and so on)

Open newly created Job and go to its Configure screen, locate Source Code Management section and enter required paths and credentials. I’m using Git and github, so I’ve checked Git radio button and entered URL from github: http://username:password@github.com/PATH_TO_YOUR_REPO.git. Note: It is a good idea not to paste your own username and password in Jekniks, just create new user, which has access only to this project repository.

Now, you can apply changes and Jenkins will have access to your repository: just click on Build Now link, you’ll see that your project is being build (at the bottom of left sidebar you’ll notice the link to current Build). Open Console output to review the detailed log.

Alright, now we have the source code checked out from our version control repository, it is time to build the project!

Go to configure screen in your Jenkins job and locate section called Build. Click on “Add build step” dropdown located at the bottom of the section and pick the item called Invoke Ant : new build step will be added to the Build section.

For now, we’ll just want to build the project and see if configuration is correct, so just type:

This will build debug version of you app.

Time to check if we made everything right: hit Build now link and wait while your project is being built by Jenkins.

Note: If you get an error regarding your build.xml file location, there is a trick: by default, Jenkins will look into workspace root for build.xml. You might have this file in your project folder, so Ant task will fail with message:

to fix that and point Jenkins to your build.xml, press Advanced button on Invoke Ant task and you’ll see a text field named Build file, type relative (from project/workspace root) path to build.xml. For example:

Jenkins is able to manage AVDs (Android Virtual Devices) which you can use to run unit test, functional tests or other kind of tasks.

Android Emulator Plugin for Jenkins provides easy to use interface which can be used in Jenkins build job.

I’ll show you how to run emulator during Jenkins build, how to run unit tests (JUnit) and how to calculate code coverage.

Let’s start with simple ACD setup: locate the Build Environment section in the Job config screen, check “Run an Android emulator during build”, pick an option preferable for you: “Run an existing emulator” or “Run emulator with properties” like I did: 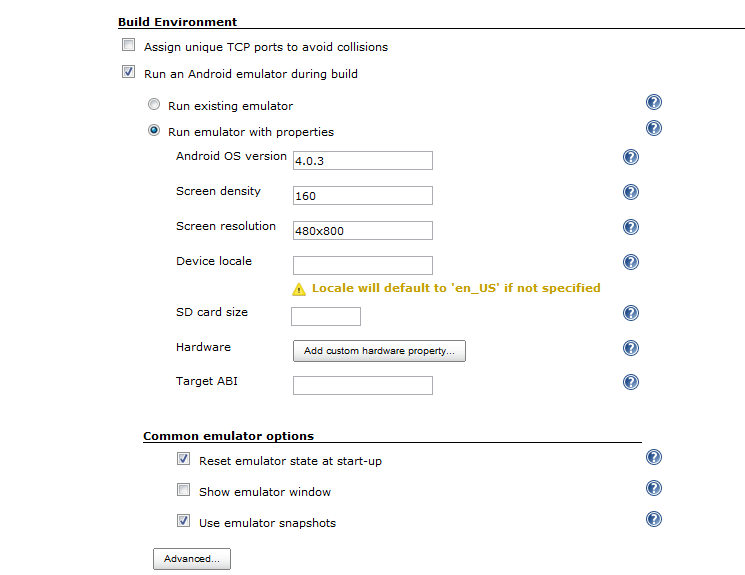 Note: if you don’t have any downloaded Android SDKs, Jenkins will download and install them for you, just check Console Output while running the Job for details. It may take a while for Android SDK to be downloaded and installed, though, but it is the SDK manager issue.

If you are using some kind of functional testing tool (monkeyrunner, robotium or any other) which requires the app to be installed on the emulator, don’t forget to add build step, which will install APK onto the emulator:

This time I’ll skip functional testing, but I’ll cover that topic in my future articles.

and if Jenkins won’t find build.xml, don’t forget point to it on the Advanced section of the build step, just like we did while we were building the main app.

Save and build your project, it will take much longer than simple compilation – open the Console output screen to see what is happening.

I hope that you build went well, compilation succeeded and all the tests passed. But it is rather uncomfortable to scan through the Console output screen to see if tests passed or build succeeded, isn’t it?

Before we started with Jenkins configuration, I should show you a little trick. As you may already know, Android JUnit tests are executed on the device or emulator and the sad thing is that JUnit stores its reports on the device, which means Jenkins is not able to grab them and build a report for you.

Now we have all required reports to publish. 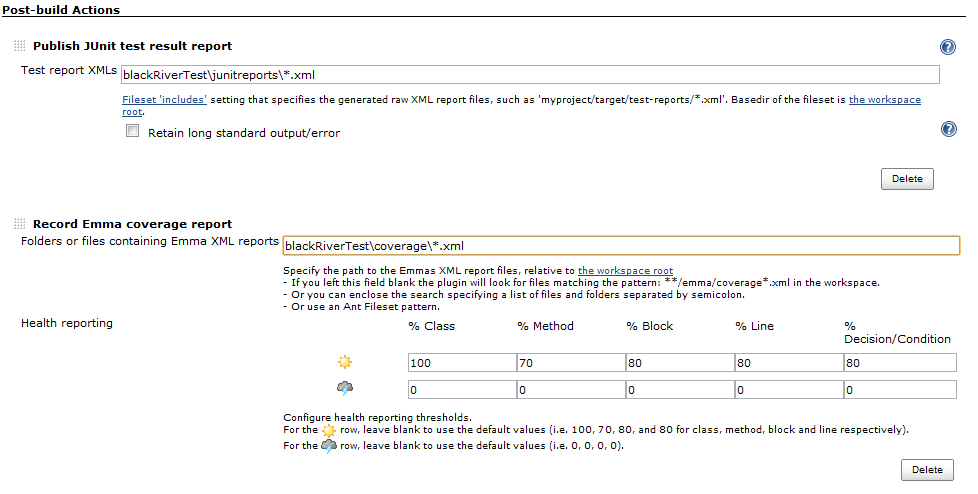 Now you can build your project  and on the build details page you’ll have pretty graphs with info about unit tests and code coverage: 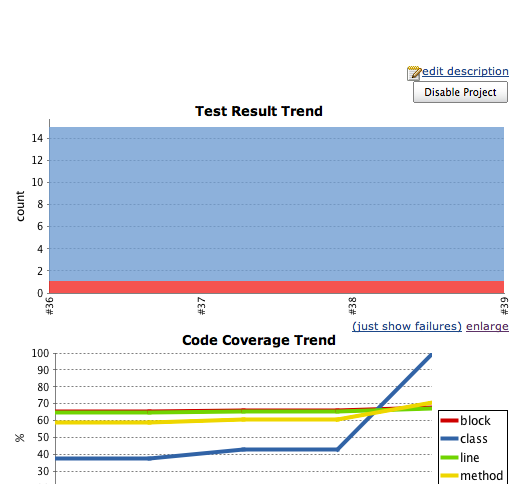 One tiny detail left: you probably want to be notified when the build is ready, Jenkins can handle this job pretty well, just add post build action called E-mail Notification. This action will be triggered when the build is finished (regardless of result) and recipients listed in corresponding field will receive an email about recent build.

You can set up more complex notification system with the Email-ext plugin for Jenkins.

Time to finish this pretty long article, thank you for reading!

Next time I’ll show you how do we maintain development, QA and production processes with Jenkins.

22 Responses to “Android Continuous Integration with ANT and Jenkins: Part 2”